Ernest Hemingway wrote of Paris that if you were lucky enough to have lived there as a young man, then wherever you went for the rest of your life, it would stay with you, for it is a moveable feast.
At 07:58 CET on March 22nd two bombs detonated at Brussels International Airport. As news of this atrocity spread throughout the city and the wider world a second, equally horrific device detonated at the packed Maalbeek metro station in Brussels’ European district. I received this news sitting in a window seat of the Leppäsen Cafe on Joensuu’s market square and Hemingway’s words immediately came to mind – for me however, the moveable feast will always be the European Capital. 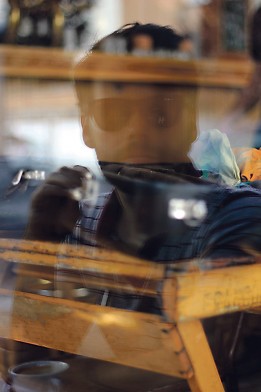 On January 14th of this year I made the innocuous pilgrimage with my wife from Brussels Midi station to the International Airport at Zaventem. After an eight year period we had decided to say au revoir to the city where we had met, fallen in love and gotten married. As we passed the Starbucks cafe, which would later take the brunt of one of the cowardly incendiaries, the chorus of Jacques Brel’s 1959 song Ne Me Quitte Pas kept repeating in my head. A stab of guilt briefly penetrated my chest at the thought of bidding Brussels farewell but I reassured myself it was for the best. Ostensibly we had decided to forgo the rat race and the unending tintinnabulations of city traffic for a new life in the North Karelian countryside. There was no denying, however, the newly acquired martial colour of the city played a part as well.

Since the November 13th terrorist attacks in Paris, Brussels had been in a heightened state of alert owing to the many connections between the perpetrators of that heinous act and the city’s predominantly Muslim district of Molenbeek. For Jake Vaughan, a duel Belgian and British citizen who calls Brussels home, the attacks are a symptom of a growing economic divide. ‘I work in Laeken and Molenbeek, two of the poorest districts in Brussels, and grew up for part of my teens in Schaerbeek, another one of Brussels’ ”ghettoes”, and it feels to me like something has been coming for a long time. It’s not really a racial thing, it’s more of class tension thing.’ Indeed the district of Molenbeek, where four of the Paris attackers hailed from, has a 30% unemployment rate and a poor history of integration.

After November, and with the heavy military presence on the streets, among friends and colleagues such as Jake’s mother Lynne, a Theatre Director who has lived in Belgium for 20 years, the question was not if there would be a similar attack in Brussels but rather when. ‘I was not surprised. Since Christmas […] I had felt that we would be an obvious target.’ For Jessica Fitch, a British national who was born in Belgium and has lived most of her life in or around Brussels the November lockdown following the Paris attacks ‘created a fairly serious feeling of unease in the city. There was little comprehension of why we were so vulnerable to attack, why we were told to stay at home. This took some getting used to and getting over, seeing soldiers and machine guns on every corner of every street.’

Many found the new reality a sharp contrast to the smart city with a thick streak of the bohemian. For Irishman Barry O’Halpin, a Drama Teacher who has called Brussels home for the last 22 years, Brussels ‘is a wonderful mixture of different types of people, from all countries, faiths and none and all strata of life. It is not a united city, in that there is not really an homogeneity to the population.’
Despite the increased security Brussels residents continued to enjoy the ‘high quality restaurants, amazing bars, packed squares’, but then came March 22nd and the resolve of the city would be tested.

In the aftermath of the attack, the international condemnation and the inevitable recriminations and finger pointing it is the ordinary citizens who have to pick up the pieces and keep the city’s unique social fabric together. However, one thing that is clearly evident after the dramatic events is the pluck of the Brusselaars. Lynne tells me ‘I would not leave Brussels because of this. Once you start running when and where do you stop?’ And for Jessica, ‘Brussels is stronger than this. I do feel a need not to succumb to fear and I think Belgians are particularly good at this. We take things in our stride. Life goes on. We stay calm. We persevere. ‘L’union fait la force!’ as we say.’